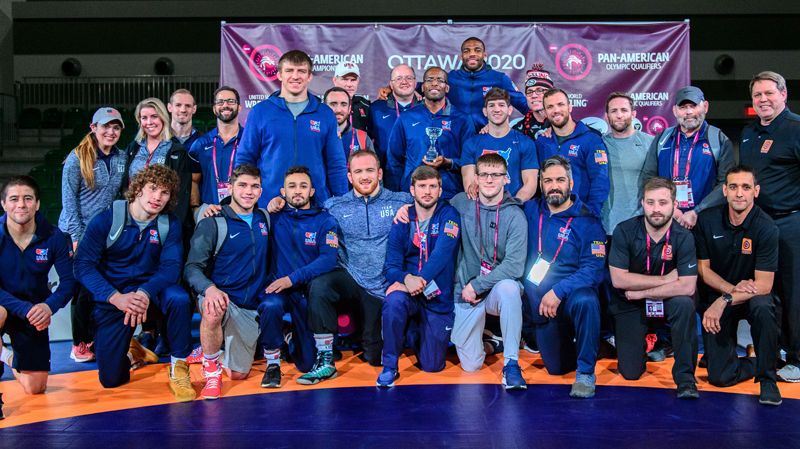 A Legacy of Success﻿

After edging Russia in 2017 to earn our third World title in program history, the Russians reclaimed the top of the podium in 2018 and 2019. Historically, Russia, and the former Soviet Union, have been our toughest rivals. The 2021 Olympic Games could feature numerous showdowns between Americans and Russians duking it out for Olympic medals.

The U.S. has already qualified five out of six men’s freestyle weight classes for the Tokyo Games. 65 kg is the last weight class that needs to be qualified, and we will have the opportunity to do so at the Last Chance Olympic Qualifier in Sofia, Bulgaria in April 2021.

A donation to the men’s freestyle program allows our athletes to chase their Olympic dreams, as Team USA aims to secure our position as the World’s premier men’s freestyle nation.